A  DOUBLE IMPORTANT PROJECT THAT CREATED WITH ARGOS CEMENT, WHICH TESTIMONIES THE PROJECT FINANCING CAPACITY OF ENTSORGA.

ARGOS CEMENT USES ENTSORGA PELICAN™ FEED LINE FOR THE CONTINUOUS FEEDING AT ITS CEMENT KILNS WITH ENTSORGA PROMETHEUS™, THE ALTERNATIVE FUEL PRODUCED IN THE ENTSORGA WEST VIRGINIA PLANT, NEAR THE CEMENT PLANT.
AT THE SAME TIME, THIS CONTRACT HAS GUARANTEED ARGOS A MORE SUSTAINABLE PRODUCTION PROCESS WHILE OUR PLANT IN MARTINSBURG HAS FINDED A NATURAL MAKET FOR HIS SRF.

For over 70 years now, Argos has been a part of Colombia’s progress.
Throughout its history, Cementos Argos has been taking on a more and more significant leading role in the cement and concrete industry, becoming the fifth largest cement producer in Latin America and making history in countries such as Colombia, the Dominican Republic, Haiti, Honduras, Panama, Suriname, French Guiana, Puerto Rico and the Antilles.

Entsorga’s Pelican ™ feed system, is a high performance, low energy consumption solution that guarantees a direct and automated feed of alternative fuels, with a constant flow that can be easilyadjusted according to the different needs of the user.

The feed station, with a nameplate capacity of around 60,000 t/y, is similar to a feed station already delivered in 2016 in Nazareth PA.

HOW THE SYSTEM WORKS

The Pelican™ system is designed to receive the alternative fuel Prometheus™ and directly feed it to the pre heater through a pneumatic line, with variable flow controlled according to process needs.

The material arrives at the plant and is unloaded from the moving bed trailers on augers within the docking station; an hydraulic unit allows to unloading without the need of the tractor.

Once operations are started, the whole system can be managed in automatic mode.

Through the auger bed, alternative fuel is conveyed to a chain conveyor, which transfers it to a dosing system (2).
The dosing system, is managed through a software developed by Entsorga, that allows seamlessly and automatically controlling feed volumes throughout the feeding line.

To prevent the airflow within the pneumatic line to affect the precision of the feeding in the rest of the system, the pneumatic section is insulated with a special star valve. 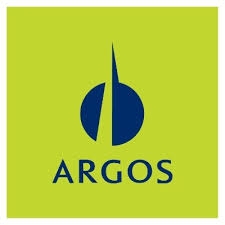