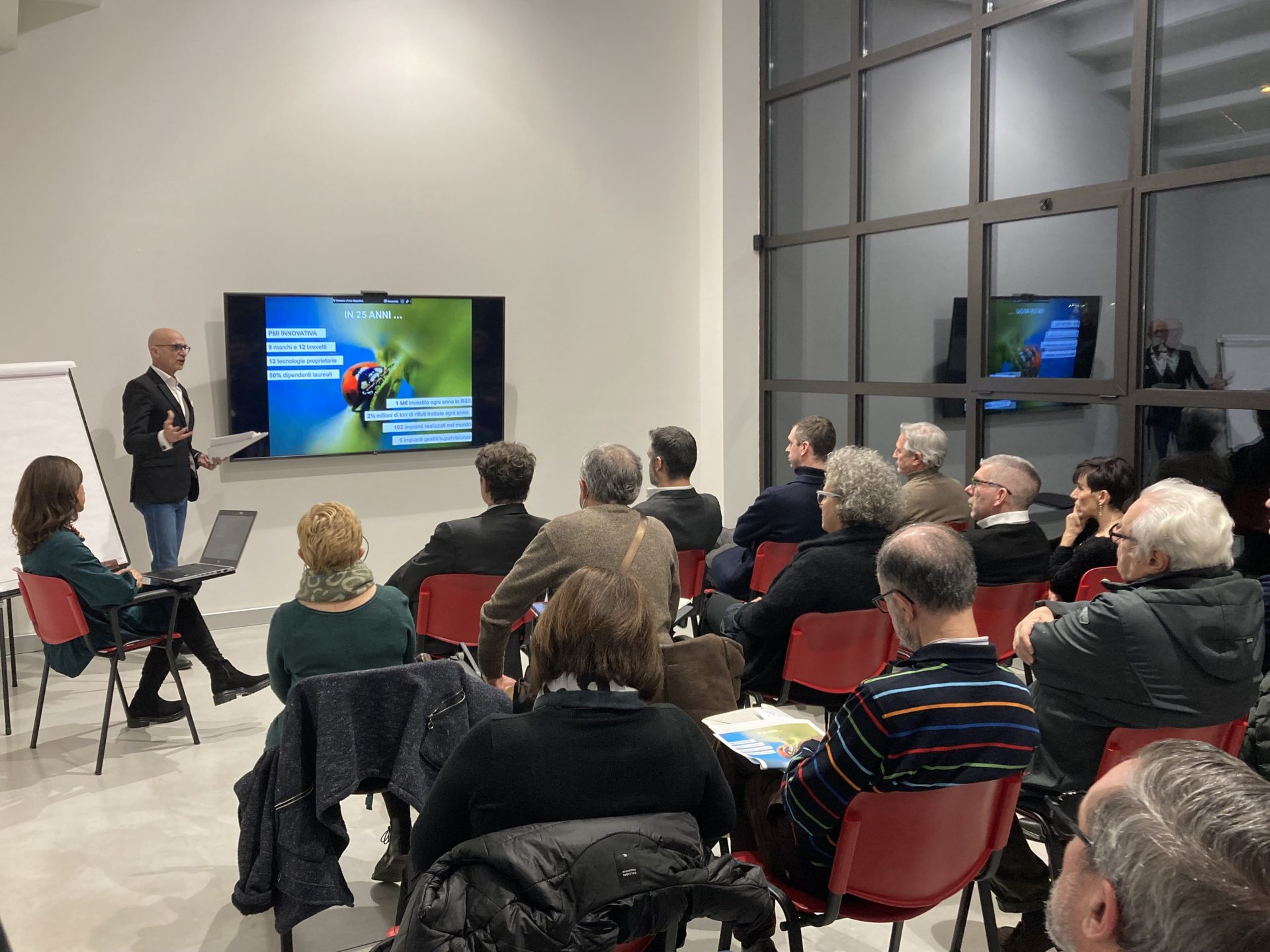 The traditional Christmas toast this year for our Group was an opportunity to inaugurate our new offices, but above all to meet the partners and friends with whom we have experienced important moments of this 2022.

Present at the meeting were Federico Chiodi, the mayor of the City of Tortona, along with Deputy Mayor and Councillor for Culture Fabio Morreale and City Council President Giovanni Ferrari Cuniolo. Also not to be missed was Claudio Robbiano, the president of Azalai, the Tortona sports association created to promote running in nature and enhance the territory through sport, which this year also organized the first edition of the Derthona Half Marathon. Another significant presence was Bertram Yachts Derthona Basket, with whom we inaugurated the “Let’s Crush CO2” project in 2022 to bring the team, the first in the Italian Serie A league, to achieve carbon neutrality. QuartoPiemonte, the nonprofit tour operator specializing in creating experiences in the Province of Alessandria, along with Derthona Nuoto president Giuseppe Bottazzi, Silvia Figini, deputy mayor of the Municipality of Casalnoceto, whose Milan Junior Camp we partnered with to organize, and Carlo Bergaglio, organizer of Arena Derthona’s jazz nights, also spoke. 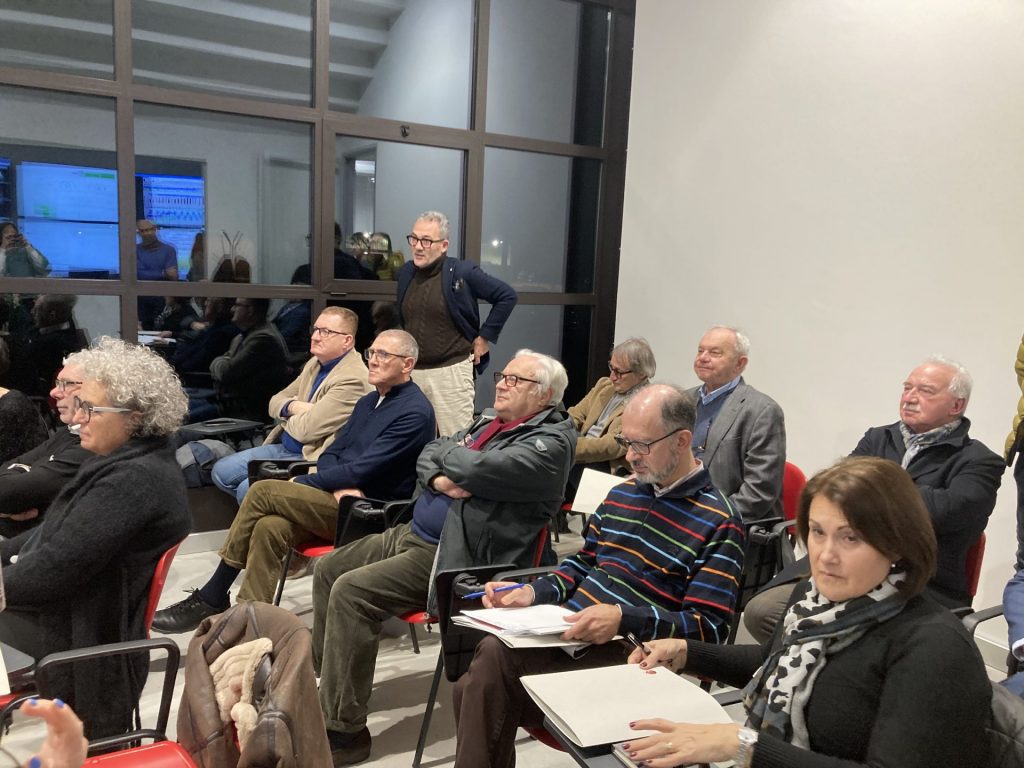 After thanking all those present for attending, in our CEO, G.F. Galanzino went over the most significant moments of the year, also recounting through numbers how Entsorga’s commitment to the community has grown in the last three years, doubling its contributions to initiatives related to the development of the territory.

“Sustainability has always had a strategic meaning for us: for Entsorga, in fact, to exist is not only to transform waste into renewable fuels in a convenient and efficient way, but also to succeed in a useful and fair way for society. This creation of shared value has made us resilient and successful over time, demonstrating in practice many of the considerations we come to today by thinking around ESG behavior criteria. Only companies that can create profit and value for all stakeholders, the so-called stakeholders, are destined to endure over time.” 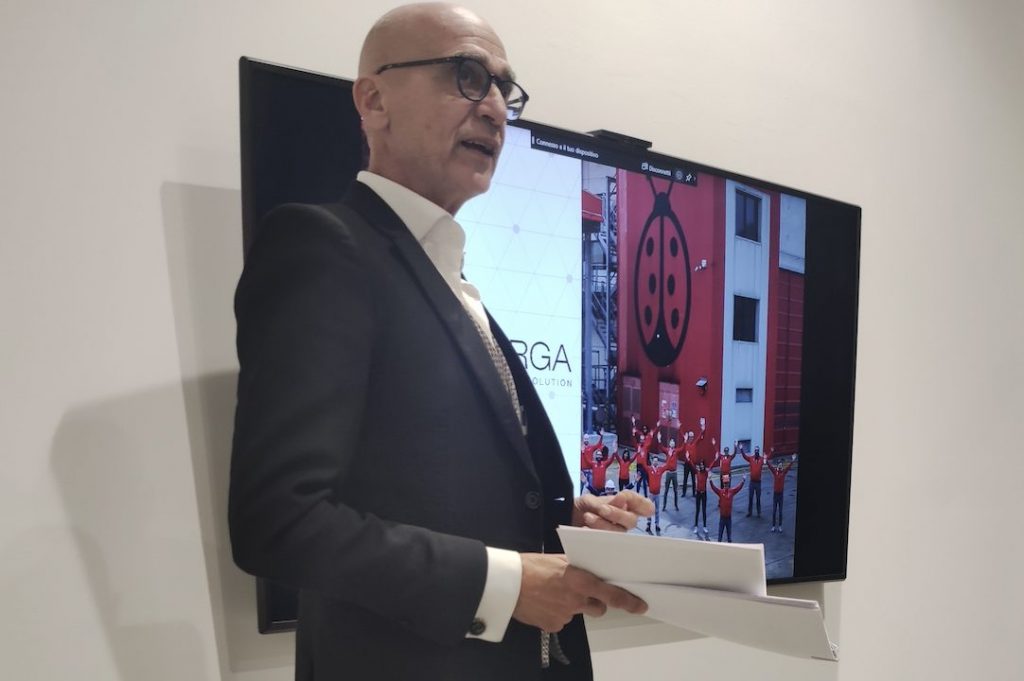 Today sustainability has become a recurring word, which often risks losing force if it is not transformed into actions, concrete and continuous. That is why in closing his speech Galanzino set out the next steps on which the company is committed for the future.

On the internal front, among the more short-term goals, in addition to increasing corporate welfare and training for our people, is the drafting of the first Sustainability Report for 2023. This is a document that as SMEs we are not obliged to produce but which, precisely because of this, we intend to do. We will then be able to account for our behaviors in environmental, social and management ethics, but above all, we will be able to give ourselves precise targets to achieve, against which we can measure our future sustainability performance. Some of these are already set and partly achieved, such as the further reduction of direct environmental impacts thanks to the photovoltaic system installed on the new offices and the charging stations for electric company cars, while others are incorporated in future projects that include significant resources allocated to sports and cultural initiatives. Also declared was the firm intention to increase partnerships with Associations, Entities and companies to spread good practices to offset the CO2 footprint and thus make the Tortona area increasingly carbon neutral.

The toast concluded with the delivery of a calendar featuring 12 spectacular shots taken by Franco Arcesati a few kilometers from our corporate headquarters, as part of the Scrivia Environment Project. An initiative of which we have been the main sponsor and which ideally projects us into 2023 because it is precisely the Park that will be the subject of another major investment plan.